This weekend Kevin and I celebrated Thanksgiving with our closest 20 friends. My favorite English couple, Joli (Jade & Oliver) invited 10 of us to their massive apartment in Uiesong.  That group of 10, although from all over the world,  is my family in Korea and I felt so blessed to have them for the holidays. However, the holidays are tough for people living abroad and who were we to exclude anyone else?  So one drunk night out in Deagu and a few home sick people later, we ended up inviting 10 more awesome people for the biggest Friendsgiving ever.

As the holiday season nears, homesickness has really hit…..home for me.  It all  started with a pathetic breakdown in the produce section at HomePlus (American Walmart) for me. I wanted to make green bean casserole for the event, but couldn’t find the damn green beans and nutmeg. You laugh now but its the little things that are difficult here that eat at you the most. For me, green beans was the last straw. After having a small temper-tantrum Kevin patted my head to calm me as a gentleman working there came over to help me in any way possible.  He lead me to “foreign” produce isle and pointed to a small bundle of green beans for 6,000 won.  I told him I needed about 4kgs of it, we laughed and he helped Kevin and I find the rest of our ingredients.  Such a sweet man, with little English had made my day bright again. 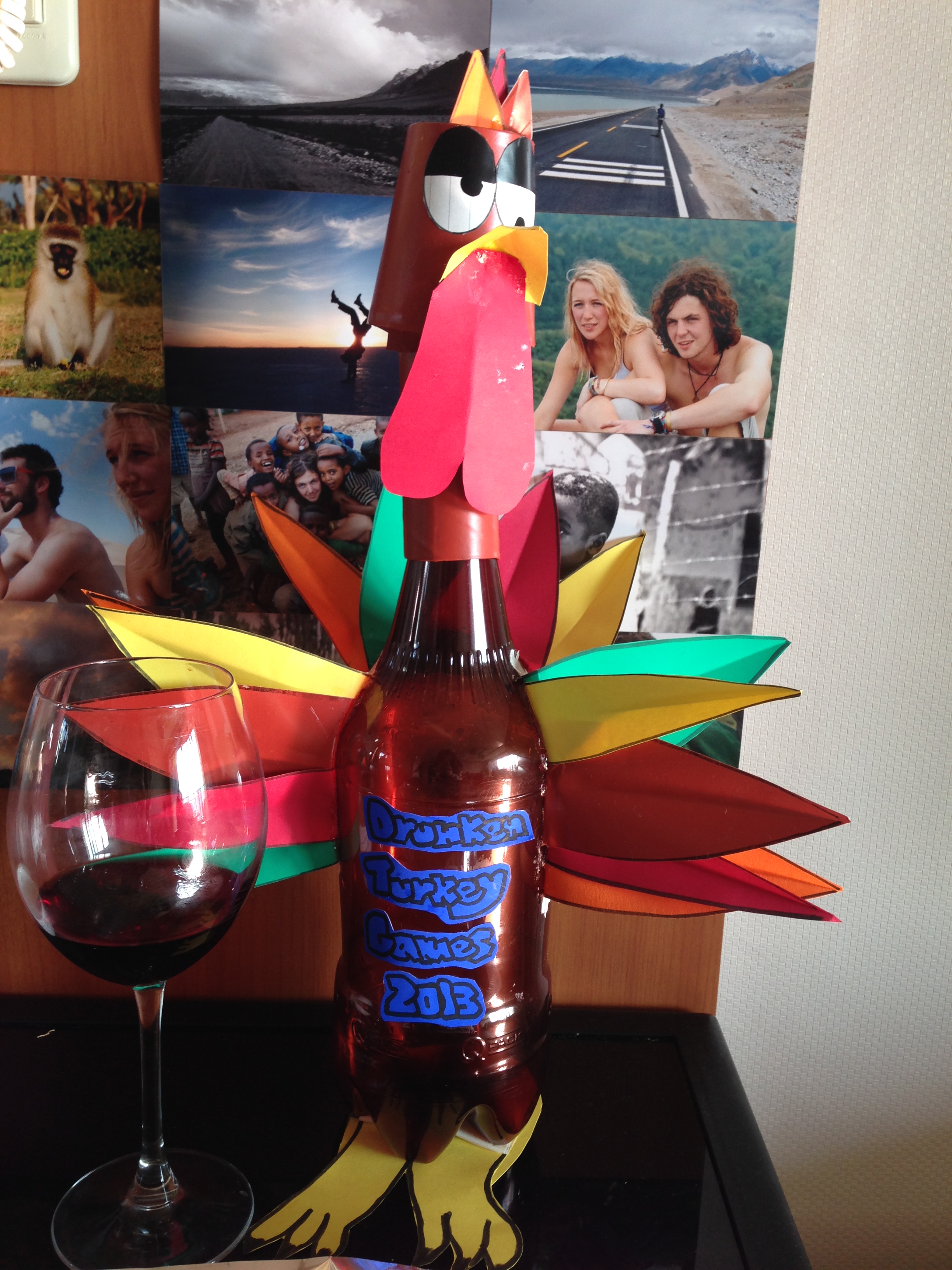 Finally Thanksgiving had arrived as everyone flooded Joli’s apartment with mini ovens, crockpots and dish after dish of amazingness.  It was glorious.  A minimum of ten people in the tiny kitchen at all times, spices being thrown left and right, the occasional fingers being burnt…. I was beginning to feel at home.  The traditional Thanksgiving menu I know and love was altered to say the least.  My green bean casserole turned into broccoli casserole, the turkey turned into 7 little roasted chickens and the pumpkin pie turned into cookies n cream ice cream.  Yet I was amazed at how we pulled even that off!  All of this was done on a gas stove and one conventional oven.

When it came time to eat we all gathered around the living room to give thanks to family, amazing friends back home and in Korea, and thanks to God for leading us all together at this moment.  Then we ate. and ate. and ate.

Half way through our meal one American turned on the song “Low Places” by Garth Brooks. All five Americans at the feast burst into song and cheers…the look on everyone else’s faces…..priceless.  Outside the US no one really appreciates the good old honky tonk music.

After the gravy, taters, chicken and casseroles were destroyed I realized something.  The 5 Americans were the only ones that knew how to handle a proper food coma.  While we were ready for more a few hours later, the Eurpoeans and Australians had tapped out for the day.  Three of them went down for the count 30 minutes after consumption.  The rest tried to hold strong but soon fell victim to the  power of the food comma and passed out.

After food coma fun with Fiona and Thomas.

We spent the rest of the day eating, drinking, drinking more and being marry. It was a beautiful day with bEAUUUUtiful people.  I feel so blessed to be surrounded by friends that made this American holiday feel so homey and warm.