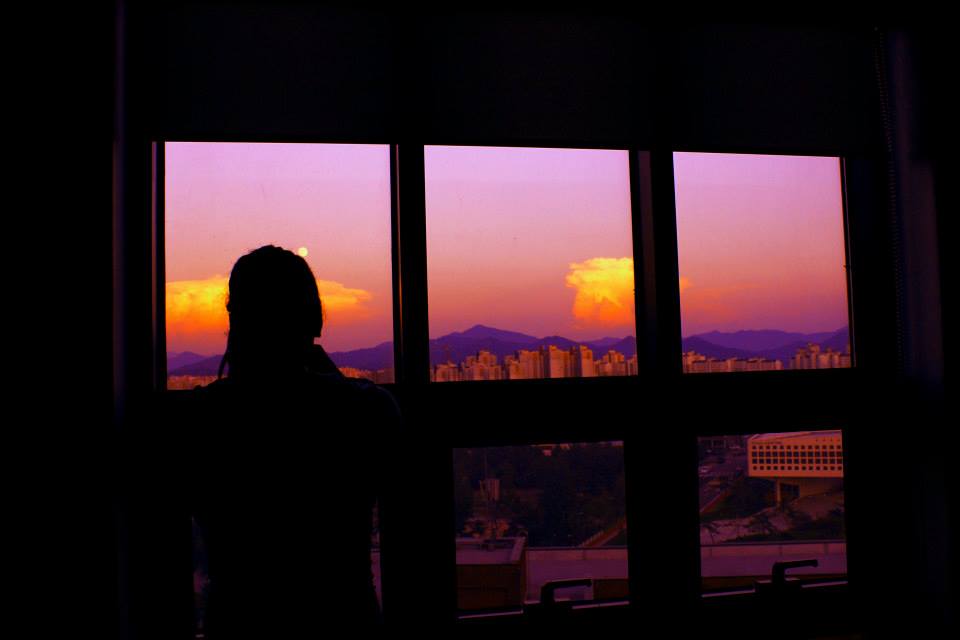 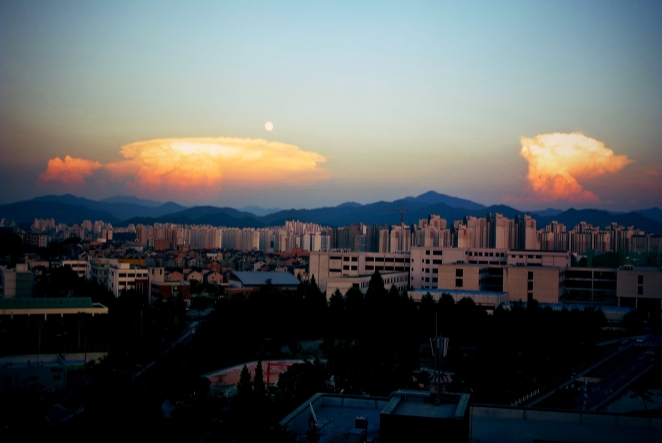 View from our dorm at Jeonju.

Nine days of complete ciaos and I could not be happier. I had finally arrived in Seoul (where we thought we were staying) just to find out that the other teachers and myself still had a 3 hour bus ride to Jeonju University. Needless to say we were NOT pleased…..this is where my original blog on orientation ended. I have recently switched blog sites and tumblr deleted the majority of this one. 😦 So here is a brief recap… have any questions? Let me know.  I’ll do my best to recap.. but my brain is a little foggy of the first two months in Korea. 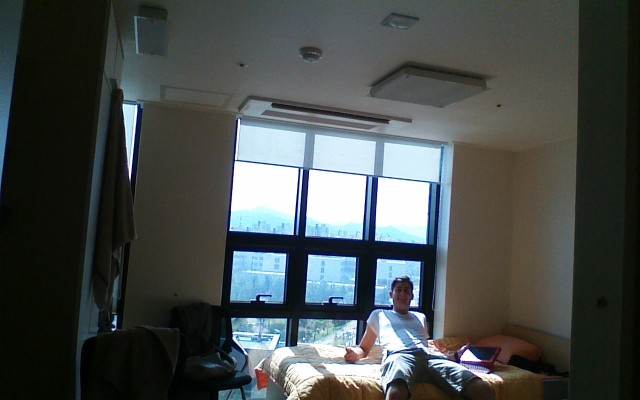 Our dorm room in Jeonju University.

We arrived on campus late a night, exhausted and sticky from the ridiculous humidity of a Korean August.  Luckily Kevin (my boyfriend of 5 years) and I were able to stay in the same dorm together.  We were so thankful because at this point we had no way of knowing how close we would be to each other once orientation was over.  The second we were shown to our room exhaustion had overpowered our adrenaline rush and we passssssssed OUT.

The next morning marked the start of our 9 day orientation.  Each day consisted of a poor introduction to the Korean cuisine (college cafeteria food)…aka rice and kimchi for breakfast, lunch annd dinner.  I would be lying if I wasn’t nervous for my tastebuds for the year to come.  However, other then the food, our classes and instructors were awesome!  EPIK advises its teachers to spend their 9 days of orientation taking classes on Korean culture, Korean language, how to make teaching materials, and how to organize and carry out our lesson plans.  All our classes were taught by EPIK Alumni from all over Korea. 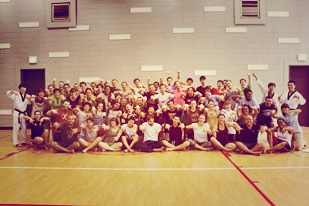 Tae Kwon Do Class we did at Orientation.

It was like freshman year of college all over again with one major exception….. everyone was legal to drink.  The day to day grid consisted of bouncing from dorm rooms to class to the cafeteria to class again.  However, once class was over we would rally the troops and head to the local ‘self-serve’ bars.  Then, like sneaky high- schoolers, we would creep back to our dorms right before our 11o’clock curfew. 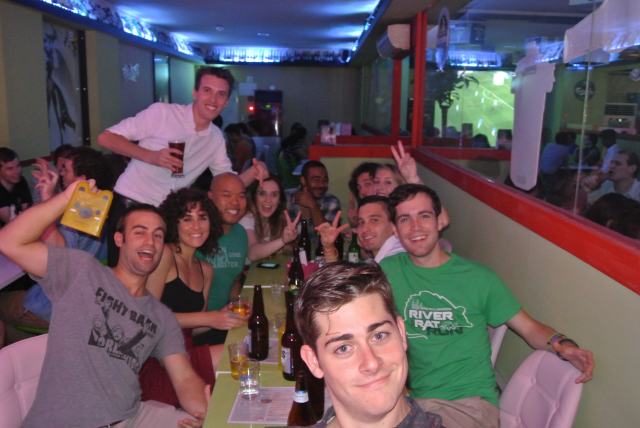 The group at the ‘self-serve’ bars. 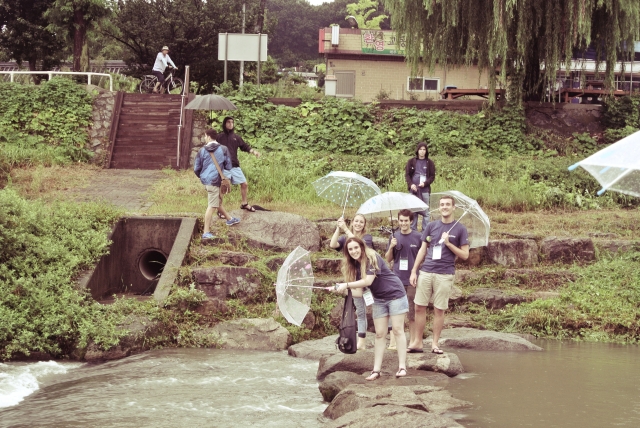 A cultural field trip we took around Jeonju in the pouring rain.

While at orientation we made several good friends, whom we have remained close with over the years.

The scary part was now leaving our small community of new, freaked out teachers for the battle field of Korean public schools. On our last day we were all shipped off in buses to our designated provinces.  The bus ride to Deagu was long and HOT. Later we would learn the meaning to the word Dafrica.

When we finally arrived many of us started frantically practicing any Korean we knew to impress our new teachers and schools. The lucky ones, like myself, were a total hot mess (sleep deprivation, and insane humidity had turned me into a total swamp donkey… this was confirmed later by my teachers upon meeting them).

It was time for us to meet our Handlers at the DMOE office.  Not going to lie it felt a lot like auctioning off cattle. Here’s a foreigner , there’s a foreigner, come grab your sweaty waygooker (foreigner in Korean) now. By districts….so maybe this was more of a Hunger Games reaping experience…. we were ushered to the front and center of the stage, over looking a sea of Koreans.  They would call you by name, you were instructed to bow and a Korean teacher would come collect you. 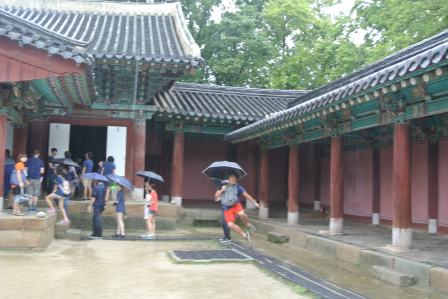 Bro, Sonny on our field trip.

Over all the first 10 days of arriving in a foreign country was very overwhelming and stressful.  However, it was the best way to start the year.  I had a better grasp on what was expected of me, what my life could be like here and what important Korean customs I was to uphold to survive.  At orientation I met some amazing people and had the best crash course for teaching and Korean culture then I could of imagined.