Fun in Busan & the BIFF

The 2013 International Film Festival in Busan was an awesome experience.  Kevin and I took the KTX 45mins south to Busan from our humble home in Deagu for a three day weekend.  Upon arrival our day went quickly downhill.

**This is the story about how I learned how important it is to map out where your staying in accordance to your main destination…..you THINK it would be common sense… but sometimes it escapes you.** 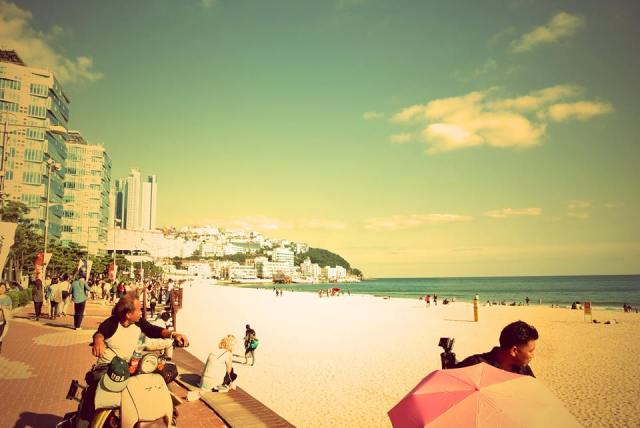 We arrived, and were so excited to see the Miami of Korea that we got immediately on the subway (a good 45min ride from Busan Train Station) and headed for Heaundae Beach.  It was only once we arrived that we realized we should look up where our hostel was. This started the fall of our new city adrenaline.

Our lovely hostel claimed that we did not have a reservation and that there was no room for us to say because of the Film Festival.  So Kevin and I spent the next  three hours wondering around Haeundae Beach looking for a place to stay.  After several frustrating calls and emails to our hostel they  finally confirmed our original reservation and we hopped back on the massive subway system to finally get rid of our luggage. Oh the joys of language barriers.   To add to our great luck, it turned out our hostel was on the oposite side of the city (upon arrival we would learn it was right next to the train station) and we jumped back on the subway, just in time for rush hour. So there we were, crammed in like sardines. My first day in Busan and I am once again a swamp donkey crouching over my oversized ‘3 day’ suitcase.  Needless to say, this subway had sucked every ounce of excitement I had left.

Upon reaching our hostel and getting settled I felt it necessary to reenact  Jim Cary’s  The Grinch of hate ranting.  Busan transportation…I hate You! Hostel owner that can’t speak English….I especially hate you.  Fish smell with a splash of raw sewage everywhere…I HATE YOU.  Busan..hate hate hate…hate hate… loathe you! *breathe. End rant.

Okay, I know, I know…. I was having a case of 1st world problems. However, once I let out my anger and fixed myself up I was ready to give this great city one more chance.

But still…. we arrived at Busan at 10AM and didn’t make it to our hostel until 6:30PM…. so it was a reasonable 1st world frustration….right?

Up next, a must see beach at night in Busan. We were off  to Gwangali Beach for some much needed beer and fireworks.  There are four things that Koreans love: beer, chicken, fireworks on the beach and their beloved kimchi. Kevin and I greeted every single one of those loves with open arms.  This made all our negative feelings of Busan melt away. We spent the remainder of our night gazing at the city lights reflecting off the water and watching the tide roll in.  OMG. Tots romantic? Yeah, I know.

The rest of the trip consisted of going to a few films showcased in the festival (some brilliant, some made me want to splash holy water in my eyes), going hiking to the lighthouse, chilling on Heaundae beach and a few late night shenanigans.

The celeb set before all the crazy fans came to Heaundae.

One of my favorite shenanigans started out like every other one on this small vaca.  Beer, Soju and toes in the sand at Heaundae. That was until a massive crowd of fan crazed Koreans showed up. For what? Why only the red carpet appearance of some famous Korean Actors and Actress arriving to the Film Festival, of course!!  Kevin and I waited around with all the crazy teens for a whole 20 minutes before we realized we didn’t care that much and the Soju started to kick in. Before we knew it, we had left the crowd and were all too consumed with taking pictures of the sand and beach. We couldn’t help but laugh at ourselves, because while the Koreans were going nuts and snapping shots of the Actors rolling by, we were taking pictures of sand and soju bottles washing up on the beach. 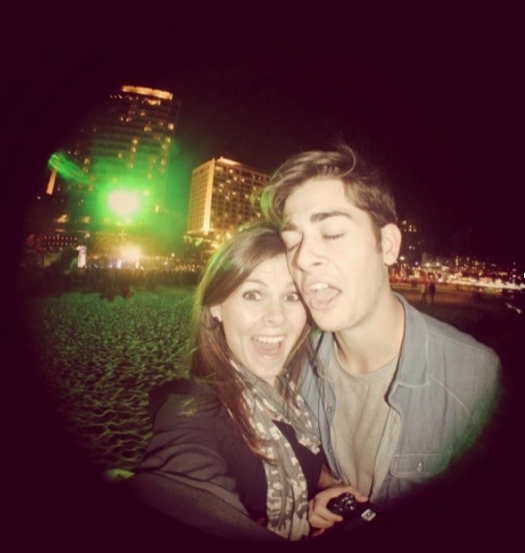 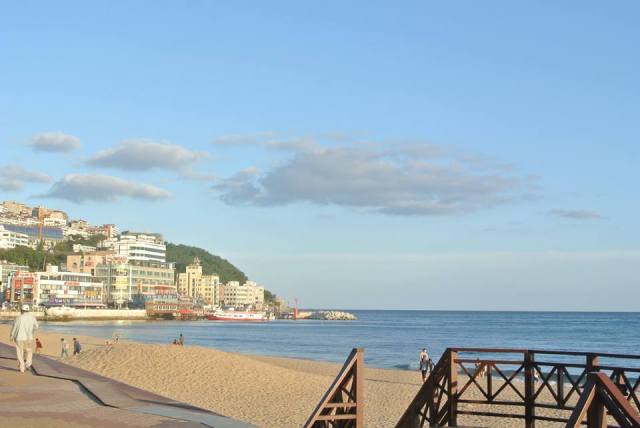 The last day we spent laying out at Haeundae Beach. It was beautiful and very relaxing.  A little too relaxing, actually.  This is the most famous beach in all of Korea and we were alone?  It is absolutely crazy to me that Koreans are surrounded (almost) entirely by water and amazing beaches but there is no one, I mean no one on these beaches in swimming suits.  Because a real Korean woman will rarely, if ever go swimming or wear a bikini. This is for two reasons. The majority of Koreans are convinced the sun is poison and you should never let your skin see the light of day. The other? Korea is a  very conservative country and if you do catch a Korean swimming they are usually fully clothed with at least 5 floaties attached to their limbs.  So when it was my turn to strip down and jump in I felt really out of place and awkward. However, once we got into the ocean all my worries were blown away.  You can look at the Korean’s view and their idea of beach life and be annoyed or you could say to yourself,”damn, the beach is crowed but I have the whole ocean to myself.”

The highlight of the trip was the closing ceremony of the BIFF. We did want to see more films, but unless you book tickets months ahead you will be shit out of luck, just as we were.  So it was a two film viewing kinda festival for us.

On the bright side, we were able to see one of the best films at the festival. Me, Myself and Mum.  It was the last night of BIFF and this french film was wonderful.  Sitting in the massive amplitheater where everyone is reading the English or Korean subtitles while still fully enjoying this film made the film all the more beautiful.  For me, that was what made the BIFF a must see in the fall of Korea. 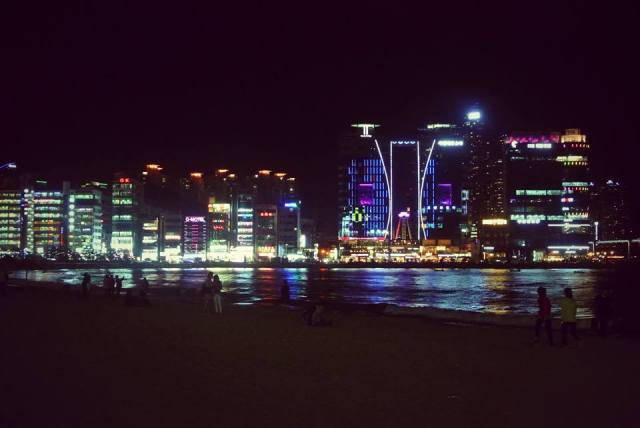 After the film we got ourselves into more shenanigans.  Kevin’s co-teacher, a Busan native came out with us for the night. The night was filled with a few Korean bars and of course ended with us running into the ocean at 3am. My favorite part in the night was when Kevin’s co-teacher turned to Kevin and said ‘I like drinking like a Westerner.’  She said it was the first time she had let her hair down in a long time. We didn’t think we were doing anything to crazy, until she admitted to us it was her first time actually playing in the ocean.  I was so taken back and confused. After all she was born and raised in Busan. This really resonated with me and got me thinking about the roles of the sexes in this culture. I couldn’t help but feel that her comment could be a small example of the negative sexism that comes with the Korean culture.  Women are (in a way) expected to be these small, quite, doll-ed up, submissive little things, while their male counterparts go out and get belligerent every night with soju.  They are not supposed to be loud or ‘free’ like westerners because that does not make for a good girlfriend or wife. Based on this note and the (slowly changing) conservative restrictions, the fact that she never played in the ocean or even wore a swimming suit is sad, but understandable. But I could not get over the fact that she grew up in Busan, an ocean city and never played in it…how can you resist dipping your toes in??

To get things back on track. Busan is a beautiful city with so much to offer.  Although it does reek of dead fish and sewage randomly, it is a must see place in Korea. It is so much more than great beaches and awesome seafood.  It is home to maybe cultural novelties of Korea that are both traditional and modern.